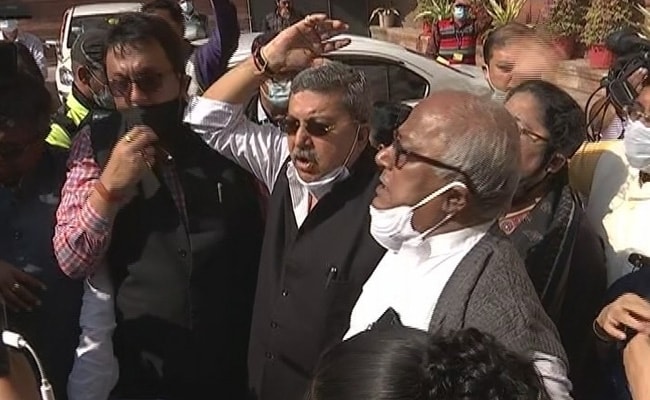 Over a dozen Trinamool MPs sat on a dharna outside Home Minister Amit Shah’s office in the national capital today protesting the alleged police brutality against their party workers in the BJP-ruled Tripura.

When she was being brought to the East Agartala Women Police Station in West Tripura district, the Trinamool alleged that several BJP workers gheraoed the site and attacked its party workers.