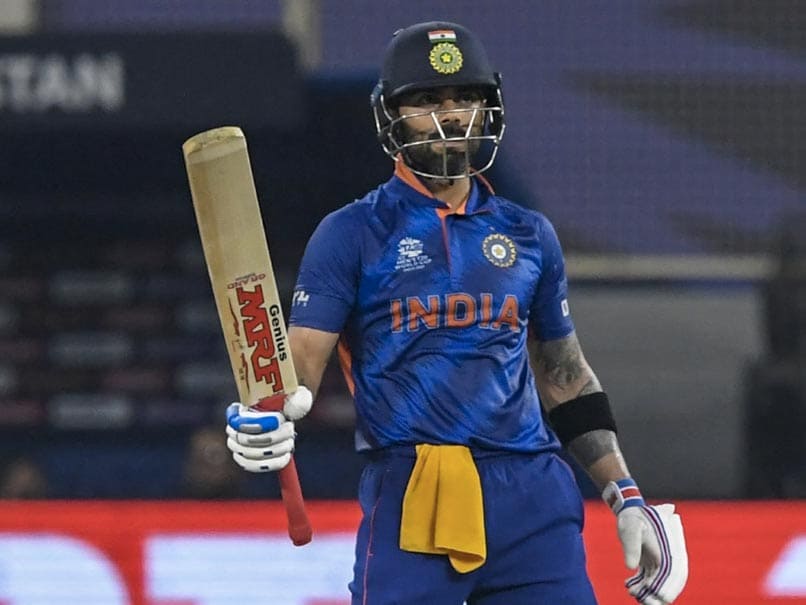 Virat Kohli scored a fifghting fifty for India against Pakistan in the T20 World Cup on Sunday.© AFP

Virat Kohli led from the front to take Team India to a total of 151/7 against Pakistan in the Super 12 fixture of the ongoing T20 World Cup in Dubai on Sunday. The Indian skipper scored 57 runs off 49 balls after Pakistan pacer Shaheen Shah Afridi dismissed Rohit Sharma and KL Rahul for cheap. Surya Kumar Yadav looked lively but was soon dismissed by Hasan Ali, reducing India to 31/3. Kohli and Rishabh Pant added 53 runs for the fourth wicket, before the latter was dismissed on 39 (30) by Shadab Khan.

Ravindra Jadeja then joined Kohli in the middle, with the pair stitching together 41 runs for the next wicket. Jadeja and Kohli were eventually dismissed by Hasan Ali and Afridi, respectively.

Hardik Pandya (11) gathered some much-needed runs to take India past the 150-run mark. For Pakistan, Shaheen Shah Afridi was the pick of the bowlers as he returned with figures of 3/31.

Apart from him, Hasan Ali bagged a couple of scalps while Haris Rauf and Shadab Khan took a wicket each. Meanwhile, Mohammad Hafeez and Imad Wasim went wicketless for the Green Army.

Earlier, Pakistan skipper Babar Azam won the toss and opted to bowl against India at the Dubai International Stadium. Team India had won both of their warm-up games prior to the campaign, against England and Australia, respectively.

Pakistan, on the other hand, won their first warm-up game with ease, thrashing the West Indies. However, they were brought back to earth by a spirited South African team in the second warm-up game.