The Redmi Note 10 is a good value-for-money smartphone and it managed a high score in our review. This makes me question the need for an “S” model a mere two months after its launch. Xiaomi hasn’t changed a lot of things about the Note 10S. The Redmi Note 10 (Review) featured the new “Evol” design language which is retained on the Redmi Note 10S. Visually, it isn’t easy to distinguish between these two models.

You get the same 6.43-inch full-HD+ AMOLED display on the Note 10S with Corning Gorilla Glass 3 for protection. It has a hole at the top-centre which houses a 13-megapixel selfie camera. The body of the Note 10S is made out of polycarbonate and feels well built. It measures 8.29mm in thickness and weighs 179g.

Xiaomi has gone with a side-mounted fingerprint scanner which sits on the right of the frame along with the volume buttons. My thumb rested on the scanner naturally which makes it convenient to unlock the smartphone. I found the phone to be well balanced and comfortable to hold. The curved back also helps with grip. 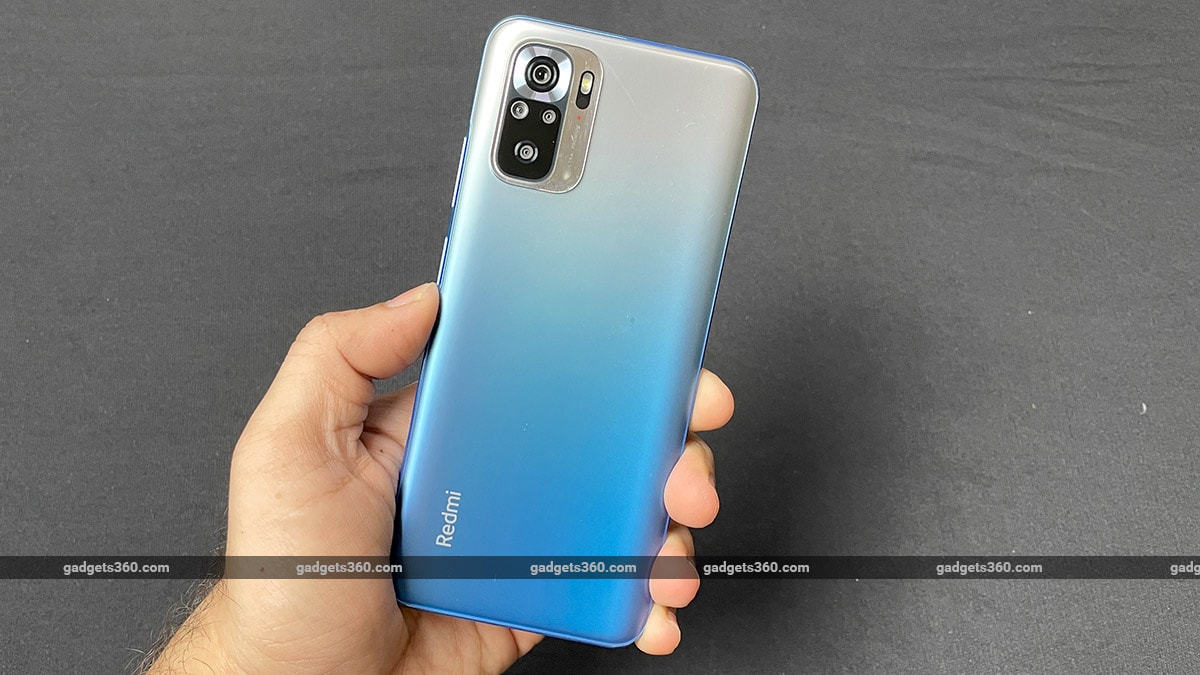 The Redmi Note 10S is a dual-SIM device and has two Nano-SIM slots. It also has a dedicated microSD card slot for storage expansion. The smartphone is IP53 rated for dust and water resistance, and there is a thin rubber seal around the SIM tray to help prevent water intrusion.

You get stereo speakers on the Note 10S which is a good feature at this price. There’s also an IR emitter on the top, with the USB Type-C port and 3.5mm headphone jack at the bottom.

Xiaomi offers the Redmi Note 10S in three colour options: Frost White, Shadow Black, and Deep Sea Blue. I had the latter; a new gradient finish that helps distinguish the Note 10S. The phone packs in a 5,000mAh battery and is capable of 33W fast charging. It also comes with a 33W fast charger in the box. 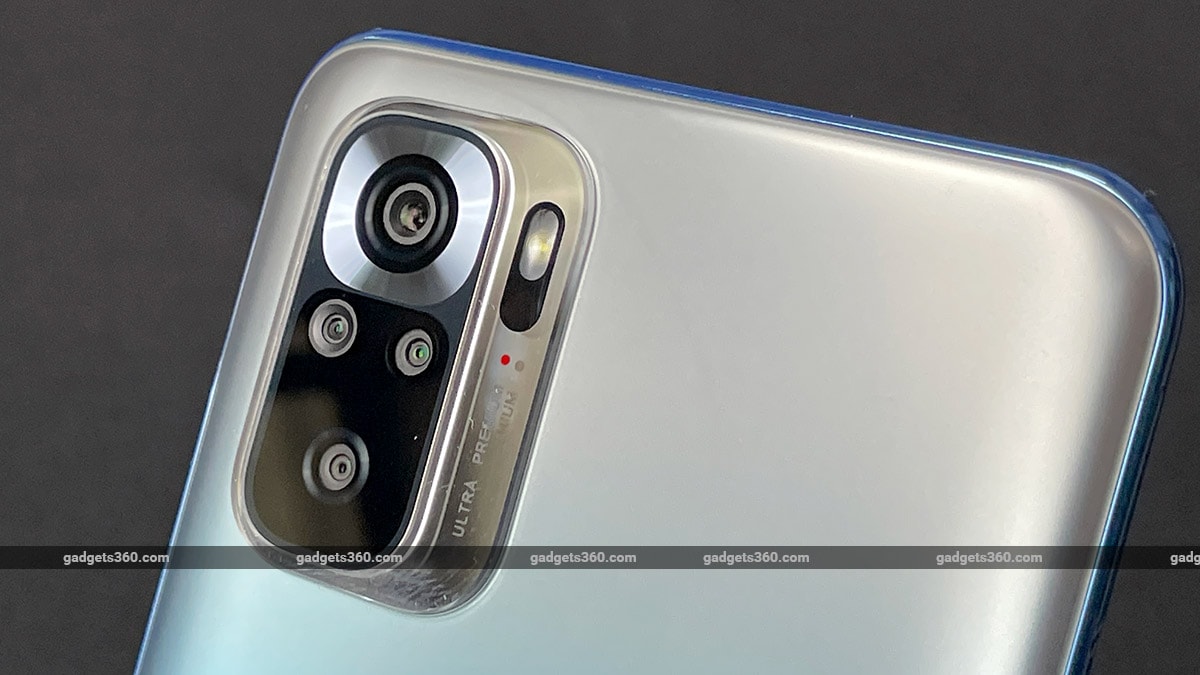 At launch time, the Redmi Note 10S will ship running an interim version of MIUI 12.5, and is the first smartphone from Xiaomi in India to run this latest version. This is based on Android 11 and my unit had the April Android security patch. The Note 10S comes with a fair number of apps pre-installed, including an alternative to the Play Store called GetApps. During setup, I was asked about enabling Glance For MI, a wallpaper carousel service which I declined because it usually shows promotional content.