South Korean superstar Song Joong Ki, who recently wrapped up the hit series Vincenzo, will star in musician Heize’s upcoming music video. The singer has been prepping to release her album and recently filmed her music video for the title track. Song Joong Ki’s participation was confirmed by P Nation head honcho, PSY. 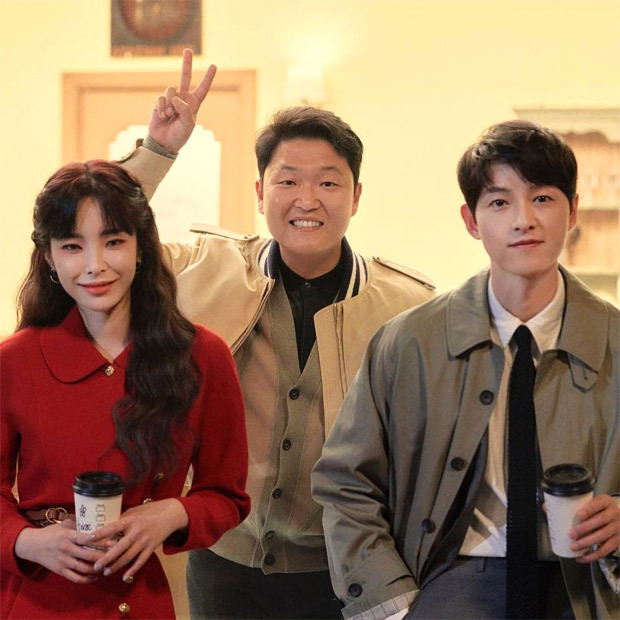 Taking to Instagram on May 6, PSY wrote, “Heize is a respectable artist who has been single-handedly writing songs for her entire album long before joining us here at P NATION. In looking for ways to support her as she prepares for her first album as a P NATION artist, I wanted to help with her music video.”

He further said he could only think of Song Joong Ki to be part of the music video. “Upon listening to her title track on repeat, I thought of one actor who would be perfect for the role. While I knew him personally, we didn’t know each other well enough for me to ask him this favor. Nevertheless, he graciously agreed, saying he’s been a fan of Heize’s music. Thank you Vincenzo,” he added.

Song Joong Ki returned to Television drama after several years and wrapped up Vincenzo on May 2 after 8 months of shooting. The show not only became popular in South Korea, but internationally it gained a lot of popularity as it aired on Netflix simultaneously. Previously, Song Joong Ki starred in the sci-fi film Space Sweepers.