S S Rajamouli became a nationwide household name thanks to the blockbuster success of Baahubali series. Hence, the industry, trade and the viewers are eagerly awaiting the release of his next film, RRR. Its teaser, song and some interesting other glimpses are already out and it has already generated tremendous buzz. 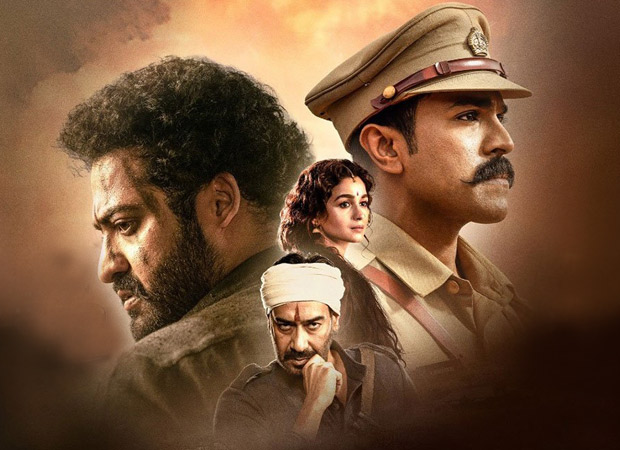 And now, the team of the film is all set to unveil their third song tomorrow, after ‘Dosti’ and ‘Naacho Naacho’. The new track is titled ‘Janani’ and Bollywood Hungama got a sneak peek of the song ahead of the song release.

The song preview was held at a preview theatre in Mumbai. The Hindi version of the track was shown and the first thing that strikes is that ‘Janani’ stands out in many respects. One of the first lines mentioned in the beginning state that it is the ‘soul anthem’ of the film. Its a slow moving, soulful track and even the glimpses shown are not exactly the massy kind. Hence, the action scenes are largely absent from the song video.

The track mainly focuses on close up shots of the film’s actors – Ram Charan, Jr NTR, Ajay Devgn and Alia Bhatt. A new visual of Alia is presented and she looks stunning. The only dialogue inserted in between the song is mouthed by Ajay Devgn and Shriya Saran, and it adds to the impact.

S S Karthikeya, son of S S Rajamouli and line producer of RRR, and a few others from the team were also present. They remarked that as per S S Rajamouli, ‘Janani’ touches upon the emotion behind the aggression of the characters. S S Karthikeya also revealed that the track will be played in the background in the film.

With music by M M Kreem and lyrics by Varun Grover, ‘Janani’ might not instantly top the charts but is sure to get its due and for the fans, it’s surely something to watch out for.

RRR releases in cinemas on January 7, 2022 in five languages.