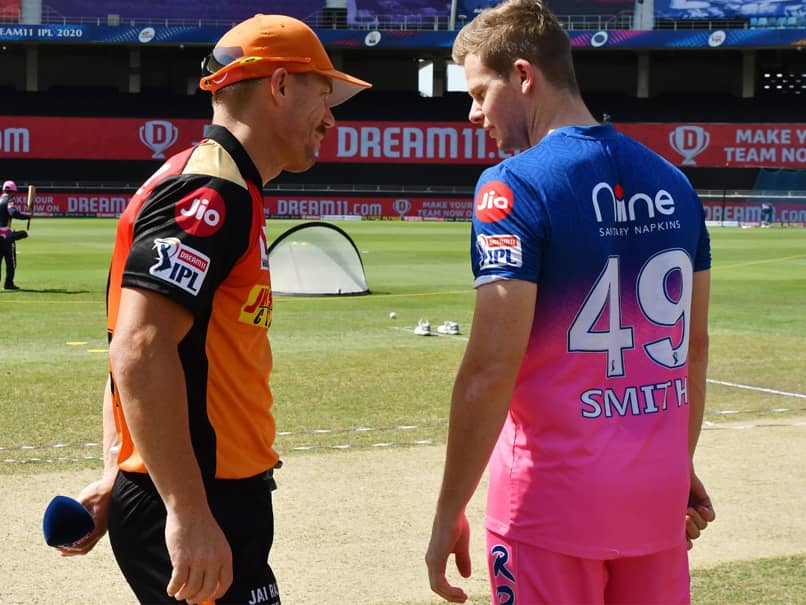 David Warner and Steve Smith were among the Australian players who played in IPL 2021.© BCCI/IPL


Thirty-eight members of the Australian contingent stranded in the Maldives will be reaching back home on Monday. The Indian Premier League (IPL) 2021 season was postponed on May 4 due to a rising number of Covid-19 cases and the entire Australian contingent had travelled to the Maldives due to a travel ban from India. Chennai Super Kings (CSK) batting coach Michael Hussey who had tested positive for Covid-19 in India will also reach Australia from India on Monday, reported ESPNcricinfo.

The 38-member Australian contingent stranded in Maldives which includes the likes of Pat Cummins, David Warner, Steve Smith and Michael Slater, will travel to Australia on a BCCI charter flight and then they will undergo hotel quarantine.

Australian government’s pause on the return of Australians from India concluded on May 15.

Earlier, Cricket Australia’s Interim CEO Nick Hockley had praised the BCCI and the Indian board’s effort to get the Australian players back to their homes.

“I would say the BCCI have been absolutely fantastic. So they’re committed to not only the first movement to either the Maldives or Sri Lanka but they’re also then committed to putting on a charter to bring them back to Australia,” he had said.

Asked if Cricket Australia regrets letting the players go for this year’s IPL, Hockley said: “No, I don’t think so.

“I mean, our hearts go out to everyone in India. Clearly, I mean, I think the IPL, you know, put so much work, so much effort into putting on the tournament. They obviously did that on the best available information at the time and they’ve come to the decision over the last 24 hours that it’s in everyone’s — well, in the interests of the health and safety of everyone to suspend the tournament indefinitely.

“At the moment — I was on the phone to my counterpart less than an hour ago and I can’t speak more highly for how the BCCI but also all of the franchises have worked to look after our players and put in plans to make sure that they get home safely and as quickly as possible.”